The Toledo Museum of Art’s collection, campus, exhibitions, publications, and programs are recognized and celebrated on numerous levels, including:

Thanks to readers of Ohio Magazine, TMA was voted as the best art museum in Ohio in the publications 2019 Best of Ohio: Readers’ Picks.

The Toledo Museum of Art recognized by the American Advertising Federation (AAF) Toledo during the 2019 ADDY awards. The Museum received a Gold ADDY Award for the TMA Fiscal Year 2018 Annual Report.

The Ohio Museums Association (OMA) recognized the Toledo Museum of Art (TMA) with three awards at its annual conference held recently in Akron, Ohio.  TMA Board Chair Cynthia Thompson was recognized as Museum Advocate of the Year, TMA’s Teen Apprentice Program was named the best Education and Outreach Program and the video Creating Community at the Toledo Museum of Art received a Silver Visual Communication Award.

Thanks to readers of Ohio Magazine, TMA was voted as the best art museum in Ohio in the publications 2018 Best of Ohio: Readers’ Picks.

Copies of The Glass Pavilion are available for purchase at the Museum Store.

The Toledo Museum of Art won Gold in the Architecture, National category for The Glass Pavilion in the 20th annual Independent Publisher Book Awards (IPPYs).

The Ohio Museums Association also recognized the accomplishments of TMA, naming it the Institution of the Year for 2016. Longtime Museum supporter Georgia Welles received Museum Advocate of the Year honors from the organization.

I Approve This Message: Decoding Political Ads won Gold for “Exhibition Design” at the district level of the 2017 ADDY Awards and advanced to the national round of the competition in June. 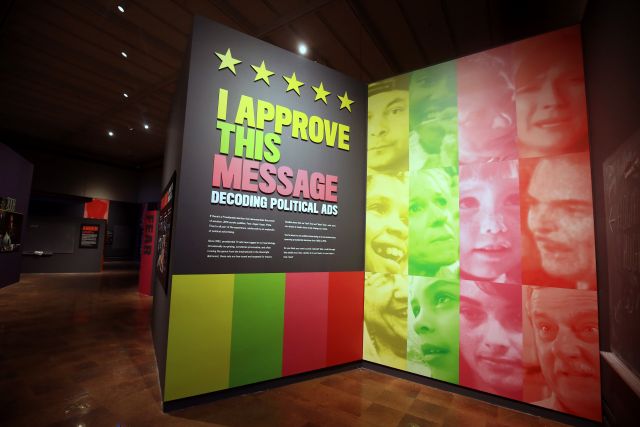 2017 Exhibition Program sponsor ProMedica was recognized as Best Business Support of the Arts at this year’s Governer’s Awards.

And finally, the Toledo area community voted TMA as the “Institution We Are Most Proud Of” in the Toledo City Paper’s annual “Best of Toledo” competition. The Museum was the runner–up in the following categories: “Best Free Thing to Do,” “Best Place to Buy a Piece of Toledo,” and “Best Place to Buy Local Art.”

The Toledo Museum of Art kicks off the holiday season with a five star rating on TripAdvisor.com and continues to be rated the number one thing to do in Toledo.

Thanks to readers of Ohio Magazine, TMA was voted as the best art museum in Ohio in the publications 2017 Best of Ohio: Readers’ Picks.

TMA was the recipient of several awards at the 2016 ADDY Awards, hosted by the American Advertising Federation–Toledo, including:

The Museum was also selected as the best Supporter of the Local Arts in the Toledo City Paper’s annual “Best of Toledo” feature. TMA was the runner up in the Best Place to Take Out-Of-Towners category.

TripAdvisor awarded the Toledo Museum of Art a 2015 Certificate of Excellence. The Museum continues to be the number one rated attraction in Toledo on the travel and tourism review website.

The Ohio Museum Association has honored the Toledo Museum of Art with two Awards of Achievement this year. The Art of Seeing: From Ordinary to Extraordinary, the International Visual Literacy Association conference that TMA hosted in early November, was named “Best Education and Outreach.” In addition, Assistant Director Adam Levine was named 2014’s “Emerging Professional of the Year.”

The Museum’s commercial for The Art of Video Games was awarded Best in Show honors as well as a Gold ADDY Award at the 2015 ADDY Awards, hosted by the American Advertising Federation – Toledo.

The Toledo Museum of Art was voted Best Institution to Show Off in the Toledo City Paper’s annual Best of Toledo contest.

The Museum is once again the number one rated attraction in the Toledo area for the sixth year running on TripAdvisor.com. The review website also awarded the Toledo Museum of Art with a Certificate of Excellence for 2014.

The Toledo Museum of Art’s 2012 Annual Report was received a Bronze Addy Award in the Collateral, Annual Report category. Television spots for Fresh Impressions: Early Modern Japanese Prints and Perry’s Victory: The Battle of Lake Erie were awarded the Gold and Silver Addy Awards in the Broadcast/Electronic/Digital, TV category, respectively.

TripAdvisor.com awarded the Toledo Museum of Art with a Certificate of Excellence for 2013. This reward was the result of receiving consistently great reviews from guests who have visited TMA.

The Toledo Museum of Art continues to be the #1 Toledo attraction on the travel review and advice website.

Director of Collections and Curator of Asian Art Carolyn Putney was named a 2013 Woman of Achievement in the art category by the YWCA of Toledo.

This year, the Toledo Museum of Art was chosen to receive the Art Alliance for Contemporary Glass’s annual award for its contribution to the Studio Glass Movement by hosting the 1962 Toledo Workshops; for its important and sustained contribution to the preservation of the history of art made from glass; and for the creation, promotion, and exhibition of contemporary glass art. Jutta-Annette Page, curator of glass and decorative arts, accepted the award on the Museum’s behalf on November 3 in Chicago.

The Museum’s communications department won several awards at the 2010 Crystal Awards ceremony, held at the McMaster Center at the Main Library. The annual event is sponsored by Business of Communications and recognizes excellence in all forms of communications.

The Museum was awarded four Crystal Awards of Excellence for its new web site, the 2009 annual report, LitGraphic videos and Psychedelic 60s television commercial. The My Guide series won an award of merit. Finally, the Museum’s cumulative work for the past year received a Best in Show Award.

Readers of Tyler Green’s Modern Art Notes voted TMA “America’s Favorite Art Museum.” The Toledo Museum of Art edged out 63 other art museums over a six-week voting period that saw 75,000 votes cast for museums across the country. “Congrats to the TMA and its fans,” Green wrote. “If you haven’t visited the TMA (or the other superb art museums and collections in America’s industrial heartland), consider this a nudge.”

Adelante, the Latino Resource Center, presented the Museum with its 2010 Amigo Award for its dedication and commitment to making a difference in the lives of Latino children, youth and adults through the arts.

The Museum’s 1926 Skinner Organ, housed in the Peristyle Theater, receives a Citation from the Historic Organ Citations Committee of the Organ Historical Society as part of the group’s national convention. Only 385 organs in the United States and Canada have received this honor, including 27 other Skinner organs.

Museum wins five Best of Toledo Awards: Each year the Toledo City Paper, a weekly publication focused on the local arts and entertainment scene, runs a contest to have readers identify the best local choices in numerous categories—from professional services to burger joints.

Not surprisingly, the Toledo Museum of Art won “Best Gallery” and “Best Fine Art Gift Shop,” but some of our other awards were a bit more unexpected. It’s Friday! was recognized as the “Best Recurring Weekly Event,” which may not be all that surprising to the thousands of people who have enjoyed this free celebration of the arts each Friday for the past 15 years.

But in what may be a new twist for even the most committed Museum visitor, TMA was awarded “Best Date Night Destination” and “Best Place to Meet Someone You Would Take Home to Mom” Awards from City Paper readers. TMA is certainly happy to contribute to the love lives of art lovers across the region, and we hope a new generation of art aficionados will spring forth as a result of the relationships that begin at TMA.

TMA is the #1 Toledo attraction on tripadvisor.com.

Chicago Tribune travel writer Robert Cross names TMA as the number one reason to visit Toledo, while Cleveland-Plain Dealer travel writer Susan Glaser names the Glass Pavilion one of the best “10 Places to Heat up Your Winter.”

The Ohio Museums Association (OMA) recognized the Glass Pavilion with one of only four Institutional Excellence Awards in the state. The OMA also gives the TMA catalogue The Art of Glass an Outstanding Achievement Award in visual communications.

The New York Times raved that “…the new Glass Pavilion at the Toledo Museum of Art…can reawaken the belief in the power of glass to enchant.”

The Cleveland Plain Dealer wrote, “The Toledo Museum of Art, its directors and its trustees have done something magnificent. The world will pay close attention.”