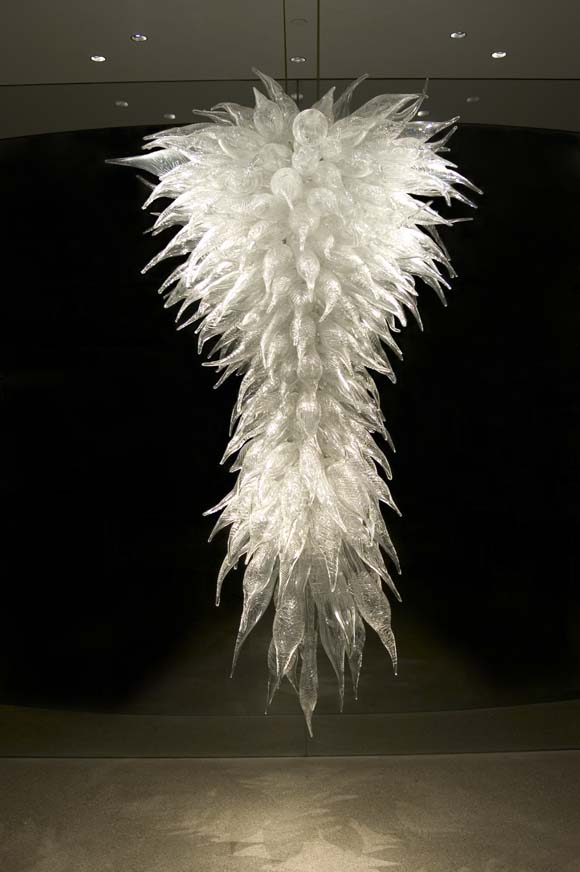 The opening of the new Glass Pavilion in 2006 also introduced a monumental new acquisition by Seattle artist Dale Chihuly to the Museum's visitors. The glass elements of the sculpture were fabricated at Chihuly’s studio, then cut and engraved at the Waterford® Crystal factory in Ireland in 1995. First configured as a large standing "chandelier," it was installed in the Campiello del Remer, a small square in Venice (from which it takes its name) during the Chihuly Over Venice project in 1996.

After Chihuly Over Venice, the original components of the Waterford sculpture were divided to create Campiello del Remer #1, now at the Kemper Museum of Contemporary Art, Kansas City, Missouri, and TMA’s Campiello del Remer #2. They are unusual works for Chihuly, who is best known for his expressive use of vibrant colors. Instead, the chandelier features highly refractive Irish lead glass, which the Waterford factory's cutters engraved with deep, random slashes. Since Chihuly's chandeliers are site-specific, the Toledo sculpture was installed by Chihuly's team so that it echoes the undulating curves prevalent in the Glass Pavilion.