Nov. 27 Art Minute: Arthur Hughes, Ophelia (“And He Will Not Come Back Again”) 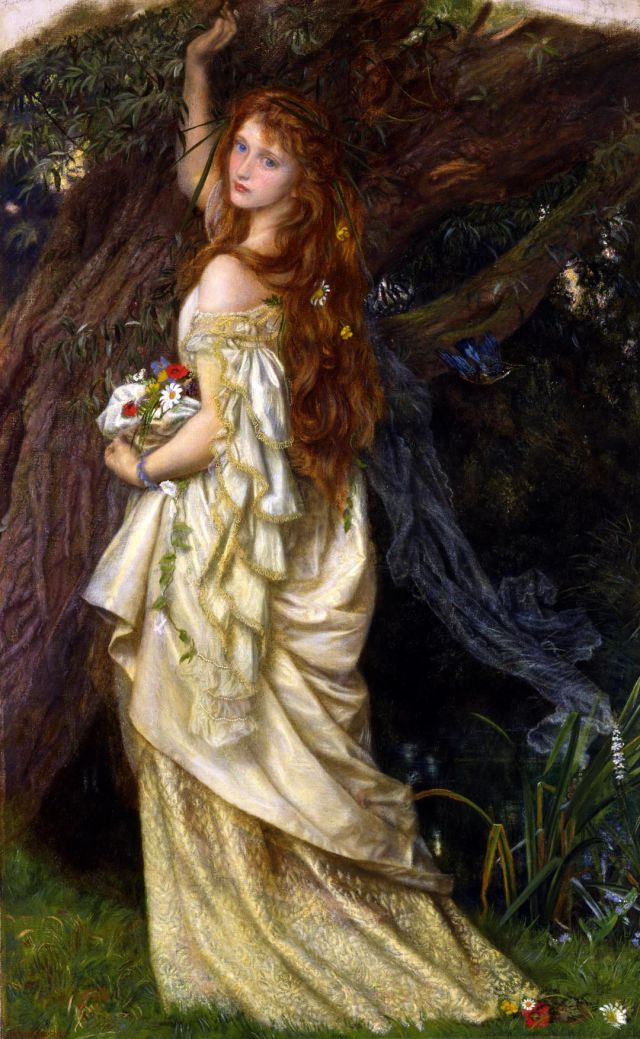 The sad madness and death of Ophelia in Shakespeare’s Hamlet was a favorite subject of the group of British artists who called themselves the Pre-Raphaelites. The Pre-Raphaelite Brotherhood, which included William Holman Hunt and Dante Gabriel Rossetti, frequently depicted literary subjects, placing an emphasis on emotional and symbolic content. Though not an original member of the Pre-Raphaelites, Arthur Hughes embraced their aims. Hughes shows Ophelia as a melancholy young woman with piercing blue eyes and flowing red hair. In her madness, she is gathering flowers to hang on the willow tree; she will soon slip into the stream and drown. Hughes includes the same flowers and plants that Shakespeare chose for their symbolic meanings. The willow stood for sadness and forsaken love, the daisy for innocence, and the violets around Ophelia’s wrist for faithfulness. The little blue forget-me-nots in the grass are an appropriate addition, though Shakespeare does not include them. Hughes adds another significant flower not mentioned by Shakespeare: red poppies, symbolic of death. Available at The Museum Store.