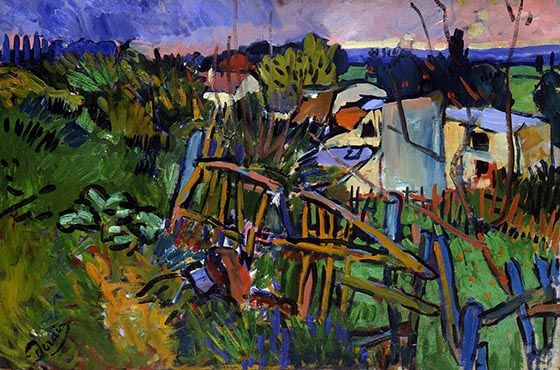 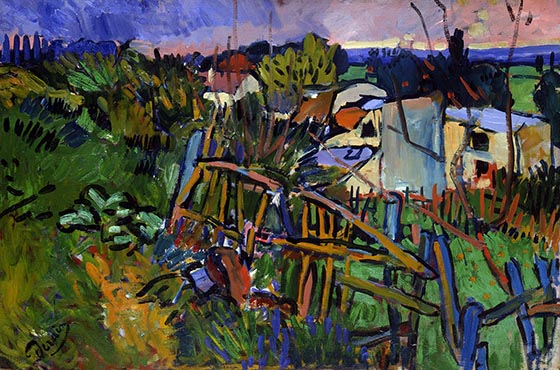 “I am aware that the realist period in painting is over. We are about to embark on a new phase… I believe that lines and colors are intimately related and enjoy a parallel existence from the very start, and allow us to embark on a great independent and unbounded existence.” — André Derain, 1905

André Derain here transforms the traditional subject of the landscape with thick black outlines, strong brushstrokes, and bold layers of color. The inspiration of nature remains important, but the work is just as much a world of the artist’s own creation as Derain takes liberties of creativity and self-expression.

Studying engineering in Paris as a young man, Derain befriended painters Georges Rouault and Henri Matisse and began to pursue his own artistic desires. A 1901 Van Gogh exhibition was hugely influential and Derain and his peers, spurring interest in expressive color and abstracted form. Reviewing an exhibition of Derain, Matisse, and other artists in 1905, a critic pronounced them fauves, or wild beasts, for the boldness of their color and line (the artists’ brash style became known as Fauvism).