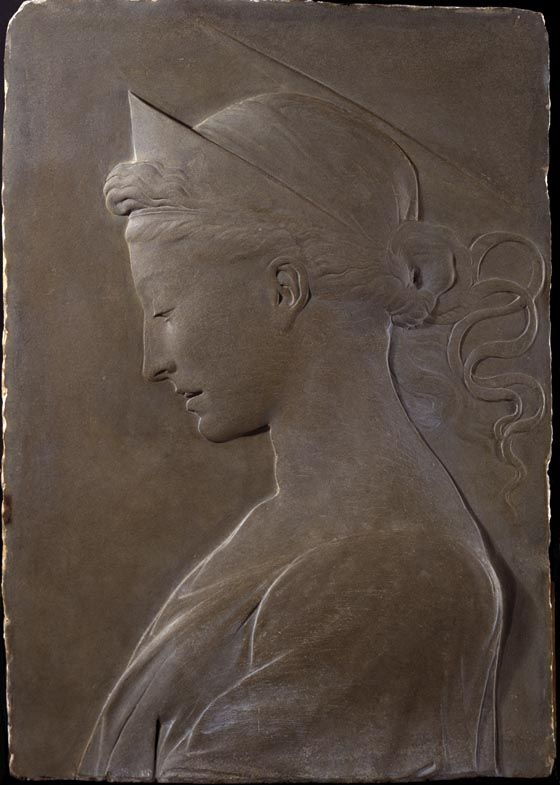 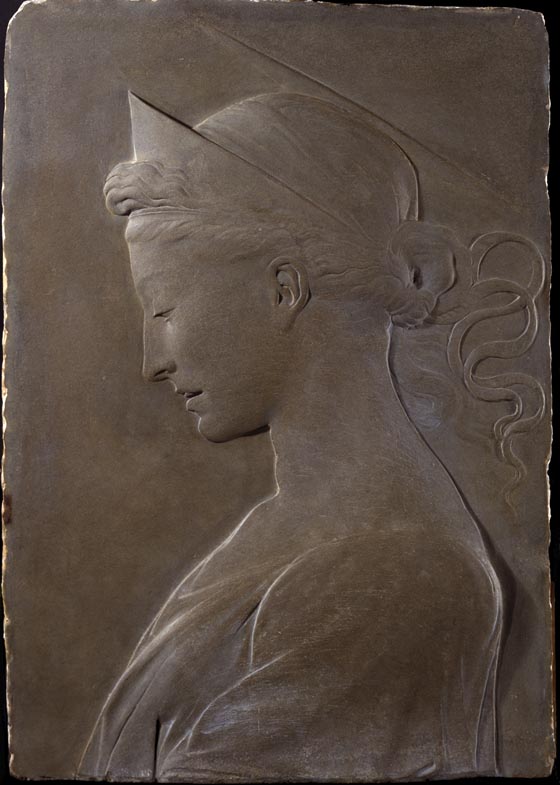 An embodiment of serenity and humility, this relief figure in profile–crowned with both a diadem and a halo–represents Saint Helena, the mother of Roman Emperor Constantine who was an influential early convert to Christianity.

Acquired by the Museum in 1938 as a work by the renowned 15th-century Florentine sculptor Desiderio da Settignano, the sculpture had in the 1800s been considered a masterpiece by the even more famous Donatello. By the mid 20th-century, however, it had been demoted to the rank of a late 19th-century imitation, in part because of loss of refinement due to overzealous cleaning of the soft stone at some point prior to 1913. Recent scholarship has now “rehabilitated” the sculpture as a work of art from the Renaissance—most likely by Desiderio da Settignano after all.

One of the major factors that contributed to the reassessment of the sculpture was the discovery of documentation revealing that Englishman Samuel Woodburn obtained the sculpture in Italy by the early 1840’s, long before forgeries of Renaissance sculpture became popular.