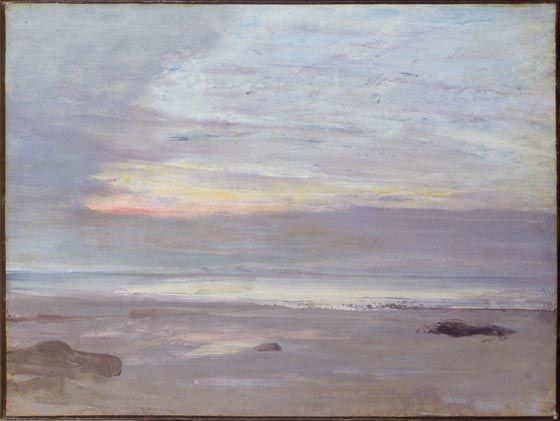 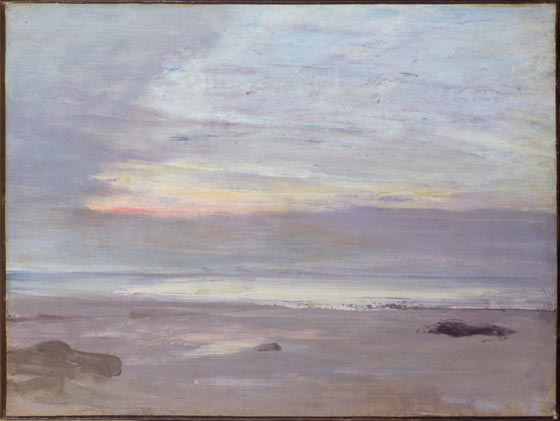 Art should be independent of all claptrap—should stand alone, and appeal to the artistic sense of eye or ear, without confounding this with emotions entirely foreign to it, as devotion, pity, love, patriotism, and the like. — James Abbott McNeill Whistler

Though born in Massachusetts, Whistler spent most of his career in Europe, first in Paris, then settling in London in 1859. Whistler painted this almost abstract view of the beach while on a trip to Trouville, France, with fellow painter Gustave Courbet. The title relates both to the time of day depicted (twilight) and to the overall color harmony of the painting. Whistler, who advocated that art should stand on its own merits (“art for art’s sake”), often titled his paintings as if they were musical compositions to emphasize an analogy to musical harmonies.