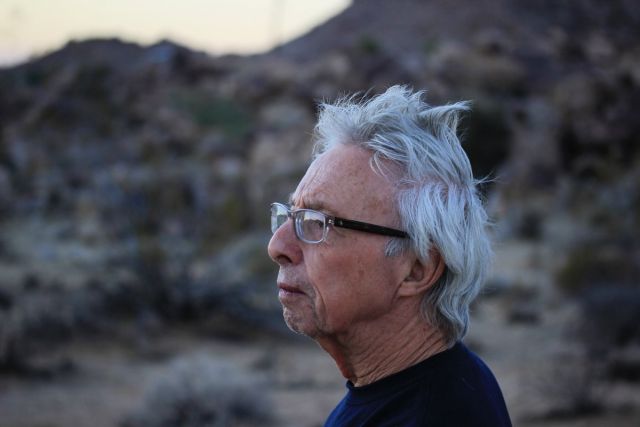 The Toledo Museum of Art (TMA) will welcome genre-defying artist Harold Budd to its classical concert hall and galleries for a one-of-a-kind artist residency this fall. Budd’s infrequent public concerts are intimate events that bring together music, visual art and spoken word within unique architectural settings. Considered a founder of minimalist, avant-garde, ambient and electronic music, Budd will give a master class, a rare career-spanning performance with string ensemble and a gallery talk. The master class will take place at Bowling Green State University Oct. 5, and the TMA programs will take place Oct. 6 and 7.

On Oct. 6 at 8 p.m. in the Peristyle, Budd will perform the world premiere of Petits Souffles – a new work for piano, celeste and string quartet, the six parts of which were inspired by visual art from the first half of the 20th century – as well as other newly-composed and reworked pieces for keyboard and string ensemble and compositions from early in his career. A pre-concert talk at 6:30 p.m. will allow the audience to hear Budd share his creative process and the visual inspiration behind Petits Souffles. Tickets can be purchased online at toledomuseum.org.

On Oct. 7 at 3 p.m. in Gallery 1, surrounded by work from TMA’s permanent collection, Budd will share his thoughts on finding musical inspiration in visual images, visual artists and architectural spaces. He will also reflect on his friendships and admiration for visual artists including Mark Rothko and Agnes Martin. The event is free but registration is required; first-come-first-served tickets will be available at toledomuseum.org.

Harold Budd, over the course of his more than 50-year career, has composed and recorded in classical, neo-classical, jazz and avant-garde styles. His collaborations with bands such as the Cocteau Twins and producers Brian Eno (U2, Talking Heads) and Daniel Lanois (Bob Dylan, Peter Gabriel) resulted in ambient and rock albums that have gained him a devoted worldwide following. Budd, who is also a poet, frequently takes inspiration from visual art as he creates; in the 1960s, he composed an orchestral work inspired by Mark Rothko’s paintings, and eventually became friends with the artist himself. Budd’s extraordinary circle of friends also includes architect Josh Schweitzer, originally from Toledo, whose Monument House close to Joshua Tree National Park in California is an artist retreat where Budd has lived and served as caretaker for decades.

Budd will begin his TMA residency by spending time in the permanent collection galleries and award-winning architectural spaces, initiating a creative process that will lead to new compositions. On Friday, Oct. 5, at 10 a.m. Budd will teach a master class for students and faculty of the College of Musical Arts at Bowling Green State University sharing how he often develops a new piece of music from a visual image, a phrase drawn from a poem or simply an artist’s name. The master class is open to the public and will take place in Kobacker Hall in the Moore Musical Arts Center at BGSU. Admission is free.

“This is truly an unprecedented residency for the Toledo Museum of Art,” said Scott Boberg, TMA manager of programs. “Throughout his long career, Harold has enjoyed periods of concentrated creativity, and the Museum is thrilled that he is actively composing new work in anticipation of his visit to TMA. As a composer and performer, Harold is often inspired by art, architecture and physical spaces. To have him working in the Museum, a place with its own unique combination of classical and modern influences, is a marvelous collaboration and tribute to Harold’s varied interests and his legendary career.”

Tickets are $15 for Museum members, $35 for nonmembers and can be purchased in advance at toledomuseum.org or by phone during Museum hours at (419) 255-8000 ext. 7448. This concert is supported in part by Robert and Rose Wagner with additional support from the MidAmerican Center for Contemporary Music of the College of Musical Arts at Bowling Green State University. Great Performances is supported in part by the Dorothy MacKenzie Price Fund.

The event is free but registration is required; first-come-first-served tickets are available at toledomuseum.org. This program is supported in part by Robert and Rose Wagner.

Parking at the Museum is free for members and $7 for nonmembers.