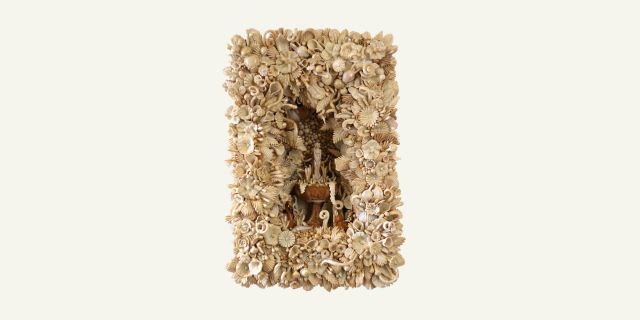 A new installation that refreshes the historical display of glass starting in the late 18th-century to present day is currently on view in the Toledo Museum of Art’s (TMA) Glass Pavilion. More than 130 objects from the Museum’s permanent glass collection, including a number of recent acquisitions, are on view in Galleries 2 and 3 of the Glass Pavilion. A handful of decorative arts including furniture and silver are included as well, giving context to glass from different periods of time. For the first time a hand-operated glass press, on loan from The Henry Ford, is on display to complement TMA’s extensive holdings of early American pressed glass.

“This display provides insight into this uniquely American technological advancement in glassmaking that would dominate production of the 19th century,” said Diane C. Wright, curator of glass and decorative arts. “The installation also illustrates a progression in the history of glass in the United States and Europe through the selection of work ranging from 19th-century and mid-century modernism to studio and contemporary glass.”

In 1962, a series of workshops in which participants experimented with glass as an art medium outside of the factory setting took place on the Museum’s grounds, which launched the Studio Glass Movement.

“A selection of rare vessels from the first Toledo workshops will be on display, along with work by those who played an integral role in expanding the artistic potential for the medium,” Wright said.

Today, artists are reaching back to traditional methods and production styles to create innovative work in glass. This practice is exemplified in Grotto of the Chocolate Nymph, a new acquisition by the Philadelphia-based glass artist, Amber Cowan, who fashions new elements out of recycled cullet to build complex and detailed wall sculptures.

Her elaborate grotto composition is characterized by exceptional repurposing of scrap glass (cullet) and the reuse of historic pressed glass. Cowan gathers found pressed glass, purchased from eBay or antique shops, to her studio where she reshapes the pieces with a flameworking torch. She also utilizes a historic glass press purchased from the now defunct Fenton Glass Company (similar to the one on view in Gallery 3) to create her own pressed objects, like the shells that are found scattered throughout Grotto of the Chocolate Nymph.

Cowan’s subject matter is inspired in part by the 16th-century Grotta Grande (large grotto) in the Boboli Gardens, Florence, Italy, as well as Jan Brueghel The Elder’s painting A Fantastic Cave with Odysseus and Calypso of 1616. Cowan’s grotto features a “chocolate” nymph, named after the opaque light brown color of glass invented by the Fenton Glass Factory in 1903 that is reused in this work. The chocolate nymph is nestled within a wonderland of plants, flowers, animals, and shells.

Other new acquisitions on view for first time include the Trapèze Table–Table de Conférence, designed by Jean Prouvé in 1955/1956, Pieneza  by Toots Zynsky (2017), Stine Bidstrup’s Object No. 23 from her Architectural Fantasy series (2018), and a figurine, Melite (1924), by René Lalique, originally designed for the 1925 Paris Exposition  The overall display seeks to connect glass making traditions across time to the present day.