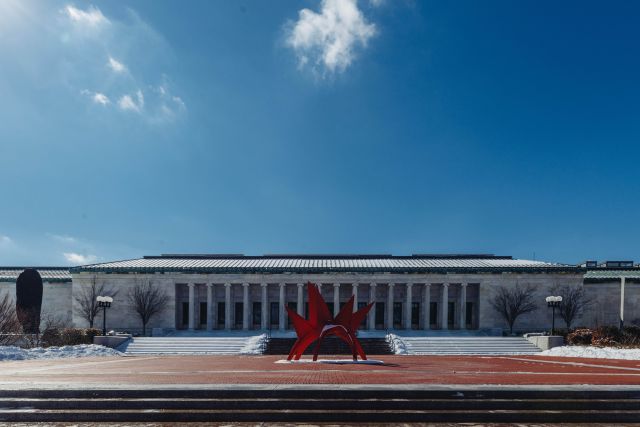 The Toledo Museum of Art (TMA) has appointed two new members to its board of trustees. Joining the board are Michael “Mike” Bauer, chief executive officer of Libbey, and Majida Mourad, senior vice president, government relations at Tellurian, Inc. Each new member is serving a five-year term, which began on Jan. 1, with the opportunity for a second term of the same length. TMA board members oversee the Museum’s strategy and financial health.

Mourad stated, “The Toledo Museum of Art is more than an essential resource for the people of Toledo and of Ohio. It is a dynamic institution that, for more than 120 years, has integrated the timeless beauty of art into the hearts and minds of its visitors and the lives of its community. That’s why TMA has gained a global reputation for its quality collection, engaging exhibitions and innovative education programs. I very much look forward to furthering its enduring artistic mission.”

Not only do board members contribute their time and expertise to the entire board, but they also work alongside TMA’s leadership team to serve on committees that focus on art, audit, finance, development, education, investment review and building and grounds. Their contributions provide valuable insight that support the operations of the Museum.

“Mike Bauer and Majida Mourad are both valuable additions to our already strong board of directors,” said Adam Levine, TMA’s Edward Drummond and Florence Scott Libbey director and CEO. “Both have demonstrated leadership and strategic thinking in their professional lives, and both share a global perspective coupled with a commitment to our regional community. I am confident they will help TMA further our goal of becoming the model museum for our commitment to quality and our culture of belonging.”

About the New Board Members

Michael Bauer joined Libbey in March 2019 after more than 20 years with Fortune Brands Home & Security, Inc. (NYSE: FBHS), serving most recently as president of The Master Lock Company (the Security segment of Fortune Brands) from December 2014 to July 2018.

Majida Mourad is senior vice president of government relations at Tellurian Inc., a Liquified Natural Gas (LNG) company. She previously served as vice president of government relations at Cheniere Energy and was instrumental in the company receiving the first US LNG export permit in the lower 48 states. Prior to Cheniere, Mourad was the president of Abraham & Roetzel LLC and a partner of The Abraham Group LLC, a strategic consulting firm focused on the international energy sector with the former secretary of energy, Spencer Abraham.

From January 2001 until February 2005, Mourad served as senior advisor to the secretary of energy of the United States, focusing on the United States department of energy international relations efforts. In this role, Mourad traveled extensively around the globe on behalf of the department to the North American initiative, the G8 energy ministerial conferences, the Western Hemispheric and US-African energy ministerial conferences as well as numerous other initiatives. She also served as one of the department’s senior officials for the liquefied natural gas summit, the international partnership for a hydrogen economy and the carbon sequestration leadership forum.

She began her career on Capitol Hill first working for congressman Sonny Bono and then his successor, congresswoman Mary Bono. She then transitioned to the senate serving for then-senator Spencer Abraham.