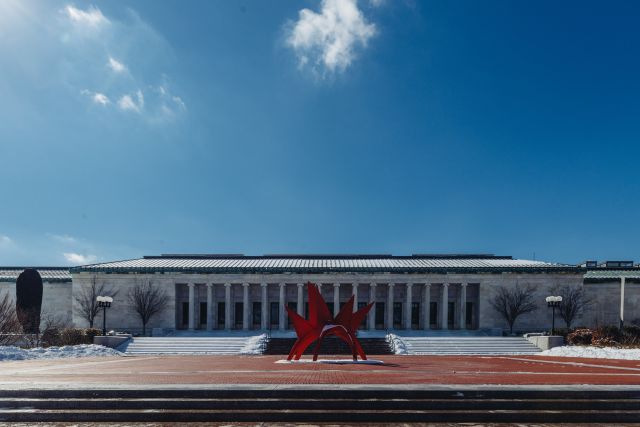 The Toledo Museum of Art

The Toledo Museum of Art (TMA) announces the appointment of five new members to its board of trustees. Joining the board are Shankh Mitra, chief executive officer and chief investment officer at Welltower; Dr. Gregory Postel, president of the University of Toledo; Dr. Dione Dorsey Somerville, president of Owens Community College; Margaret “Margy” Trumbull, philanthropist and community leader; and Joaquin Cintrón Vega, Lucas Metropolitan Housing president and chief executive officer. Each new member is serving a five-year term which began on Jan. 1, 2022, with the opportunity for a second term of the same length. TMA board members oversee the Museum’s strategy and financial health, contributing their time and expertise to the entire board as well as several committees.

Randy Oostra, president and chief executive officer of ProMedica Health System and president and chair of the Toledo Museum of Art board of directors stated, “Our newest board members share a commitment to the arts, to the Museum’s strategy and to our community. Their experience and expertise will help advance the momentum that the Museum has generated.”

“Our new trustees represent a deep pool of diverse talent and are dynamic additions to the team of leading professionals engaged in making TMA a model museum and advancing our strategic values of quality and belonging,” said Adam Levine, TMA’s Edward Drummond and Florence Scott Libbey director and CEO.

Board of Trustees Biographies

Shankh Mitra has been Welltower’s chief executive officer and a member of its board of directors since October 2020 as well as chief investment officer since August 2018. Previously, he served in the roles of Welltower’s vice chair – chief operating officer; senior vice president – head of investments; and senior vice president – finance and investments. Prior to joining Welltower, Mitra served as portfolio manager, real estate securities at Millennium Management. He also served as a senior analyst at Citadel Investment Group and Fidelity Investments. Mitra began his career at PricewaterhouseCoopers.

Mitra is deeply passionate about capital allocation, the mentoring of early career professionals and predictive analytics in the area of statistical learning and machine learning. Mitra serves on the board of trustees of Public Storage (NYSE: PSA) and ProMedica Health Systems.

Mitra holds an MBA in applied value investing from Columbia Business School and a bachelor’s degree in engineering from Jadavpur University.

Dr. Gregory Postel was named the 18th president of the University of Toledo (UT) in March 2021, after serving as interim president since July 2020.

He is former interim president and executive vice president for health affairs at the University of Louisville (UofL). Prior to joining UT, Dr. Postel served as the senior client partner representing healthcare services and higher education at Korn Ferry, a global organizational consulting firm. Dr. Postel has more than 25 years of experience with academic medical center and university operations, governance, clinical care, teaching and the support of research.

In addition to an accomplished career as an academic interventional neuroradiologist, Dr. Postel served 18 years as chair of the department of radiology at the UofL School of Medicine and held the positions of vice dean for clinical affairs and chairman of the board at University Medical Center in Louisville. He was the founding board chair and later CEO of University of Louisville Physicians. Dr. Postel served as interim president of UofL in 2017-18 and also spent four years as its executive vice president for health affairs.

A graduate of the College of Wooster and Case Western Reserve University School of Medicine, Dr. Postel completed a residency in radiology at the Cleveland Clinic Foundation.

Dr. Dione Dorsey Somerville is a senior leader in higher education and is the eighth president of Owens Community College.

Dr. Somerville earned a doctorate in higher education management from the University of Pennsylvania, a master’s degree in college student personnel from Bowling Green State University and a bachelor’s degree in English/writing from Ohio Northern University. Dr. Somerville was a fellow at the Association of Governing Boards Institute for Leadership and Governance in its inaugural year, and she participated in the Harvard University Institute for Education Management and the American Association of State Colleges and Universities’ Millennium Leadership Institute.

Her history in the region includes a graduate assistantship at the University of Findlay, a master’s degree program from Bowling Green State University and a bachelor’s degree from Ohio Northern University.

Margaret “Margy” Upton Trumbull graduated from Lawrence University, Appleton, Wisconsin, with a bachelor’s degree in studio art in 1972 and began her involvement with the Toledo Museum of Art in 1972 as a Kress educational fellow. In this role, Trumbull taught children and adults in the galleries and gained extensive knowledge of the Museum collection that she came to love and support.

Trumbull met her late husband, Scott, at a glassblowing class at TMA and they became Museum members in 1975. They joined the Georgia Welles Apollo Society in 1995 and Margy became a TMA Ambassador in 1981, where she enthusiastically served on numerous committees and strongly encouraged Museum membership within the region. A collector of glass art and works on paper, since 2018 she has served on the Museum’s Art Committee. Trumbull co-chaired the Momentum Festival and Juried Glass Competition and Exhibition in 2017.

Trumbull is the granddaughter of Frederick Upton, co-founder of the Whirlpool Corporation, and has supported the Museum generously with major gifts, both of art and an endowment to secure the Brian P. Kennedy Leadership Fellowship. She also supports the Arts Commission of Greater Toledo (where she is an honorary trustee), the Greater Toledo Community Foundation, the University of Toledo, Bowling Green State University, Lourdes College and the Toledo Modern Art Group. She was a founder of Good Grief of Northwest Ohio, Inc. in 2013 and serves as vice chair of the Black Swamp Bird Observatory.

Trumbull was awarded the YWCA Milestones Award for the Arts in 2011. She has three children and eight grandchildren.

Over the span of 20 years, Joaquin Cintrón Vega has established a distinguished career in the management of federal housing assistance programs and policy development. In March 2020, Cintrón Vega became the president and CEO of the Lucas Metropolitan Housing (LMH), overseeing all aspects of the agency’s operations, including 2,633 public housing units; 4,657 housing choice voucher (HCV) allocated units; 322 low-income housing tax credit units; 198 market rate units and 107 homeownership properties. He was recently elected as the North Central Regional Vice President of the International Research and Global Exchange (IRGE) by the National Association of Housing and Redevelopment Officials (NAHRO).

Immediately prior to joining LMH, Cintrón Vega was the director of public housing for the nation's seventh largest housing authority, the Miami-Dade County Public Housing and Community Development Department. There, he was responsible for overseeing all operational aspects for more than 100 properties and for directing public policy, federal programs and regulations research for public housing and urban development programs.

Cintrón Vega holds a bachelor's degree, with a concentration in accounting, from the Inter American University of Puerto Rico and has an extensive finance background. He served under the Puerto Rico Public Housing Administration (second largest public housing authority in the nation) as the head of the Budget Bureau, successfully managing yearly budgets over $400,000,000. He was responsible for overseeing many different federal programs and was also a key partner in one of the largest low-income housing tax credits transactions in the nation — the rehabilitation of 4,132 units across 33 properties located in Puerto Rico.