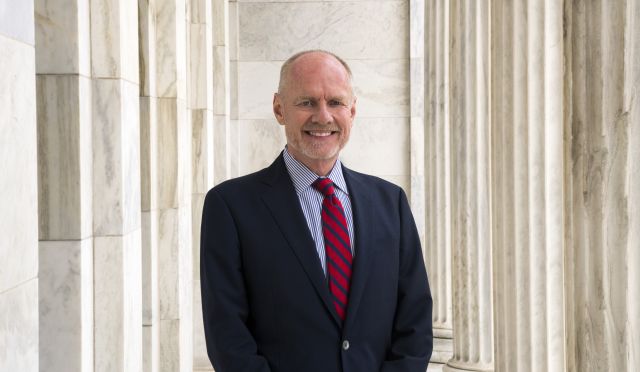 Toledo Museum of Art (TMA) Board Chair Cynthia B. Thompson announced today that John Stanley, the Museum’s director of special projects, would serve as interim director of TMA while an international search is conducted. The appointment is effective July 1, 2019.

It was announced on March 7, 2019, that Brian Kennedy, Ph.D., the Museum’s Edward Drummond and Florence Scott Libbey director, president and CEO had accepted the Rose-Marie and Ejik van Otterloo executive director and CEO position at the Peabody Essex Museum (PEM), located in Salem, Massachusetts. Kennedy’s last day at TMA will be June 30, 2019.

“The board has full confidence in the Museum’s executive leadership team and its highly capable staff to continue providing high quality art experiences to visitors during this transition,” said Thompson.

Stanley began his career at TMA in 1979 and served as the chief operating officer and deputy/assistant director at TMA from 1987 to 1995 before joining the Museum of Fine Arts, Boston, where he served as the chief operating officer (COO) and deputy director for programs and services. Most recently Stanley served as the COO for the Whitney Museum of American Art in New York City. He currently oversees TMA’s campus Master Plan from design through construction, including project planning, budget development, community engagement and funding strategies.

“Toledo is fortunate to have John as a member of the Museum staff,” stated Thompson. “His extensive museum experience and his previous time at TMA will serve the Museum, its staff and its visitors as the search committee of the board conducts its pursuit of the next Edward Drummond and Florence Scott Libbey director.”

“The Toledo Museum of Art has a very accomplished senior management team, led by Lynn Miller, associate director; Kristina Crystal, chief revenue officer; Halona Norton-Westbrook, director of curatorial affairs; Mike Deetsch, the Emma Leah Bippus director of education and engagement; and Todd Ahrens, director of development; as well as a dynamic, committed staff who, along with the board, will assist in a smooth transition,” Stanley said. “Brian Kennedy is a visionary museum director who leaves a lasting impact on both the Museum and the Toledo community when he departs for PEM. We wish him nothing but the best as he begins this new chapter of his distinguished career.”

The hiring process is expected to take months and is being led by a search committee with valuable input from staff, volunteers, donors, community stakeholders and other Museum stakeholders.