Toledo Museum of Art presents ‘The Age of Armor: Treasures from the Higgins Armory Collection at the Worcester Art Museum,’ opening Nov. 6 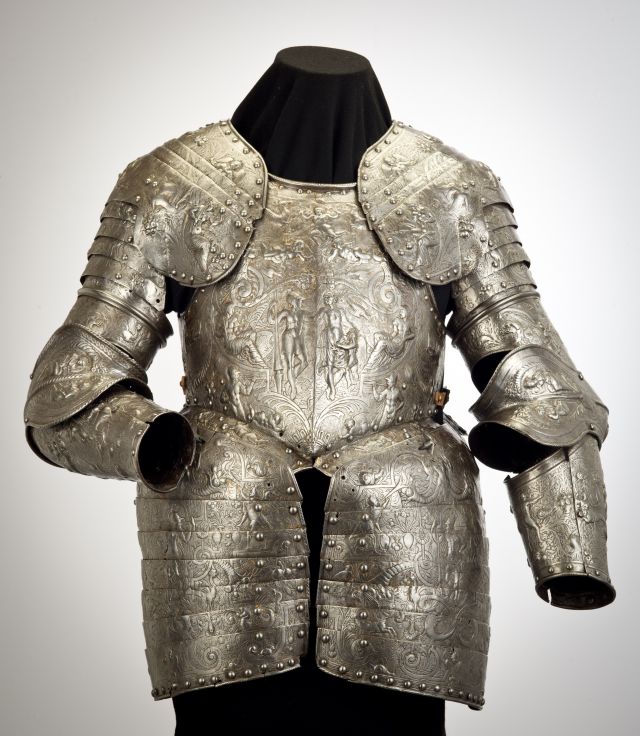 Suits of armor, and the warriors who wore them, have fueled the human imagination since they first appeared in the ancient world. The Age of Armor: Treasures from the Higgins Armory Collection at the Worcester Art Museum, explores how these compelling exoskeletons have been used in various forms around the globe, from antiquity to modern times. The Worcester Art Museum’s Higgins Armory Collection is the one of the largest collections of arms and armor in the United States.

Full suits of articulated steel plates were made only briefly in Europe’s golden age of armor during the late Middle Ages and Renaissance. The exhibition examines how armor played an important role in the military, technological and cultural life of societies throughout history.

The Age of Armor: Treasures from the Higgins Armory Collection at the Worcester Art Museum will be on view in the Toledo Museum of Art’s Levis Gallery from Nov. 6, 2021 through Feb. 27, 2022.

“Like the Toledo Museum of Art, the Higgins Armory Collection is committed to offering visitors thrilling experiences with exceptional works of art and culture,” said Adam Levine, the Museum’s Edward Drummond and Florence Scott Libbey director and CEO. “These

formidable and fascinating objects convey stories of engineering and design as well as diplomacy and combat from ancient Greece to the modern era.”

“TMA audiences are the fortunate beneficiaries as the Worcester Art Museum looked to share its outstanding Higgins Armory Collection while building out a dedicated gallery to showcase it at home,” added Diane Wright, TMA’s senior curator of glass and contemporary craft, who is coordinating the exhibition in Toledo with Sophie Ong, the Museum’s Hirsch Curatorial Fellow.

The first section of the exhibition begins with ancient Greece, when stylish body armor expressed the warrior’s personal taste and social standing, while increasing his chances of survival on the battlefield. Section two details how, by the Middle Ages, knights with expensive iron coats of mail, as well as swords, lances and horses came to dominate the battlefield. Sections three and four examine the craft of armor-making as it evolved in several European cities and the innovation of armorers, who developed full suits of steel for a range of purposes, including wartime applications and ceremonial uses. The exhibition’s final two sections recount how the rise of firearms impacted armor design from 1500 to 1700, and that a renewed interest in medieval armor as collectibles developed in the 19th and 20th centuries.