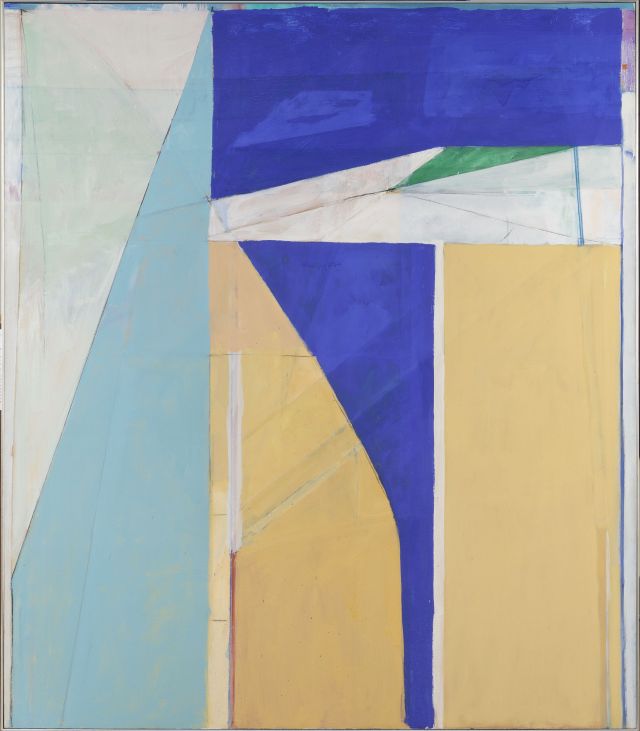 The Toledo Museum of Art (TMA) has received a promised gift of more than 70 works of art, including pieces by Magdalena Abakanowicz, Richard Diebenkorn, Anish Kapoor, Martin Puryear and Kara Walker. The generous gift from Georgia Welles supports TMA's strategic initiative to broaden the narrative of art history and better reflect all Toledoans in the art on view. Among the works gifted are a major painting from Richard Diebenkorn’s celebrated Ocean Park series, Ocean Park No. 32 (1970); Roxy Paine’s large-scale outdoor sculpture, Untitled Tree [Ohio] (2003); and Martin Puryear’s Bound Cone (1973).

“This generous gift from Georgia Welles is transformative for our collection,” said Adam Levine, Edward Drummond and Florence Scott Libbey director of the Museum. “By opening up her collection to our curators and allowing us to select so many high-quality works of art that fill gaps in our collection, she has enabled us to take a crucial step toward our collecting goals.”

Georgia Welles is a longtime supporter of the Museum. She and her late husband, David, founded the sculpture garden and the Georgia Welles Apollo Society, a group of donors who annually pool their dues to purchase works for TMA’s collection. The group has purchased more than 50 works of art since their founding in 1986, including The Seated II by Wangechi Mutu; Man and World by Viola Frey; Rubber Soul, Monument to Aspiration by Mary Sibande; and Dew Point 18 by Maya Lin.

After Georgia Welles’ children identified the works they would like to retain, TMA’s curators were allowed to select art from the Welles collection. The works, part of Georgia's estate, will be transferred posthumously. Additional items from the collection will be donated to the Vero Beach Museum, another institution long supported by the family and where Georgia Welles founded the Athena Society.