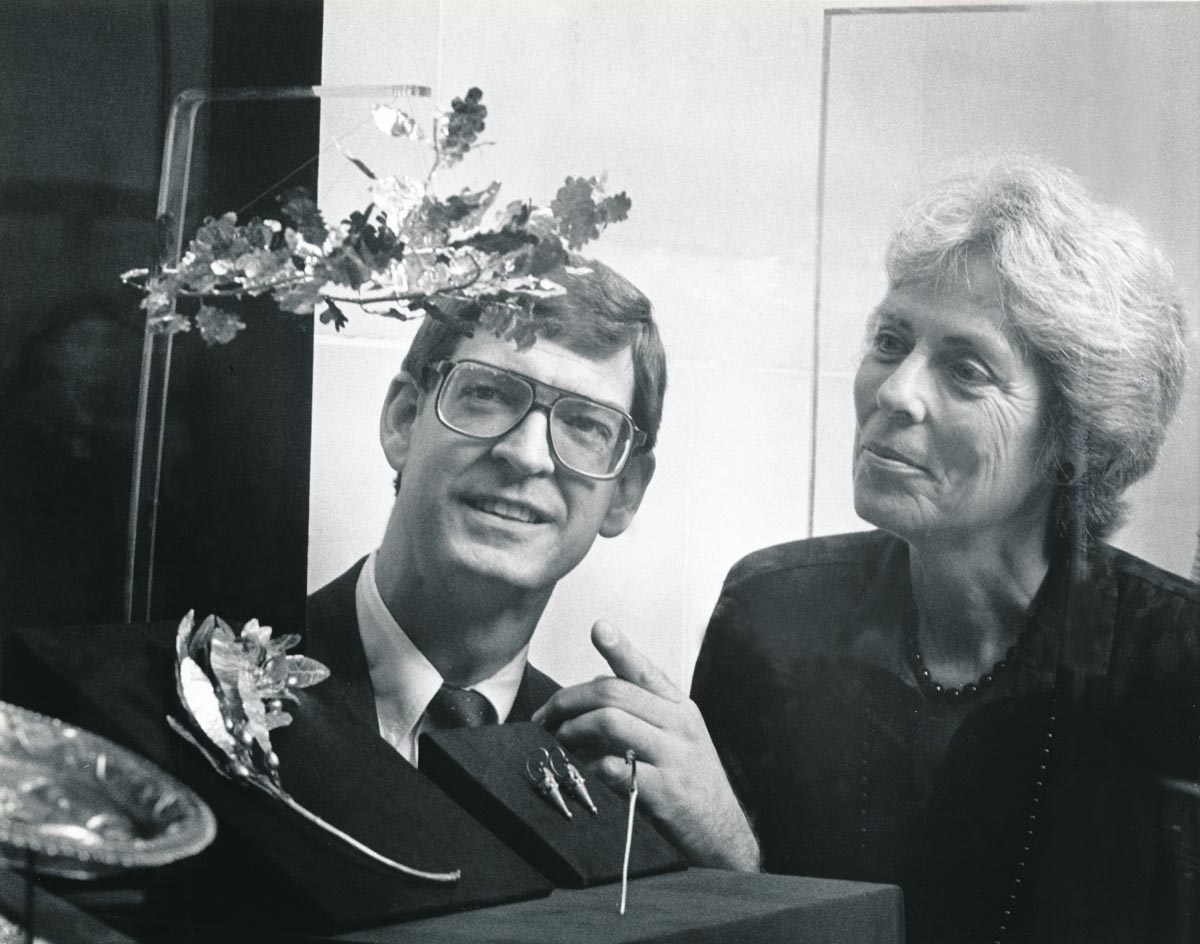 Since 1986, it has had an influence on nearly every gallery of the Museum. Three decades on, The Apollo Society rings in its anniversary of giving.

When Georgia Welles first arrived in her newly appointed hometown in 1956, the Chicago native did what any transplant would do: she struck up conversations with the city's cab drivers.

"They always talked about the Museum. Even if they may never have been there, they were so proud of it," Mrs. Welles says. "It's just an example of the importance of the Toledo Museum of Art in the community and to the community."

"With Georgia spearheading the effort, we needn't have worried. From the first evening it was successful."

Thirty years later, in 1986, Mrs. Welles approached the director of that same destination she'd heard so much about (by then, she'd become deeply involved with the institution) with an idea. What if local art enthusiasts were connected with the Museum's curators and, every year, were given a chance to select a work of art to add to the collection?

It was inspired by a similar group Mrs. Welles and her husband, David, had joined at the National Gallery of Art in Washington, D.C. But this gathering would have Mrs. Welles' touch, with her knack of inspiring others in her own subtle way to invest as fully as she had in the Museum's success. Joined by then-director Roger Mandle and former deputy director (and subsequent director) Roger Berkowitz, Welles gathered 20 budding and established collectors for what would be called The Apollo Society.

This year marks a major milestone for the organization: 30 years of contributions to the Toledo Museum of Art collection. Since their first meeting, they have given nearly $6 million worth of art and added more than 50 important works to the Museum's collection.

"[When] we drew up a list of potential Museum members who might be willing to contribute, we wondered if we would be able to attract enough people to provide sufficient funds to buy a significant work of art," said Dr. Berkowitz. "With Georgia spearheading the effort, we needn't have worried. From the first evening it was successful."

"There's hardly a gallery you can walk into where there's not a work or two given by The Apollo Society that have a significant presence within those galleries," said Todd Ahrens, the Museum's director of development. "Ancient art, sculpture, painting, contemporary art, works on paper, and glass—in almost every area we collect in, they've had an influence."

The Apollo Society is based on a simple but effective premise: when members of the community are given meaningful opportunities to participate in the Museum's growth, they will give with more enthusiasm and purpose.

Each year, the group meets with a curator who will guide them through the selection process to choose what they will explore for the year, whether that be a region of the world (like 2014's focus on Southeast Asia or a genre or time period, like 2016's spotlight on ancient art). Research ensues—as well as meetings with art dealers and an examination of the works in person—before a discussion and voting session for the final selection takes place in the spring.

Each year is colored by curator's personality. The first selection the group ever made in 1986—an ancient Greek wreath made of gold, coupled with a pair of earrings and a fragment of a cloak pin—was guided by the late Kurt Luckner, the former curator of ancient art.

...the group's appeal boils down to the opportunity to take part in augmenting one of the country's leading collections."

"Certainly Kurt Luckner was the most enthusiastic curator on the face of the earth," Mrs. Welles said. "And I continue to go look at the Alexandrian gold as one of my favorites, maybe because it was first but mostly because the members, i selecting it, were thinking of the general public and what might appeal to them."

Over time, the list of acquisitions grew to include many visitor favorites: the Chuck Close portrait Alex, Dale Chihuly's Cadmium Orange Stem Form with Green Persians, and Vilhelm Hammershøi's Interior of Courtyard, Strandgade 30 among them. So did its membership. "At its 25th anniversary in 2010, there were 28 members; today there are nearly 80," said current Director Brian Kennedy. "It is such an inspiring group of friends, all of whom are lovers of great art."

The democratic nature of the organization welcomes spirited discussion during the voting sessions. But according to Larry Nichols, the William Hutton senior curator of European painting and sculpture before 1900, Mrs. Welles' leadership has always given the group an intellectual bearing. 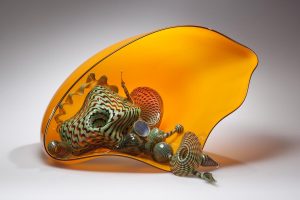 "Once during a discussion, one member of the organization stood up and said,  'I'm not a particular fan of the topic this year, but because Georgia is so behind it, it's gotta be great, and I would therefore endorse pursuing it,'" Dr. Nichols said. "She's created The Apollo Society, shaped it, nurtured it, and made it what it is. It's got her stamp on it, in her own self-effacing way. This organization and her are synonymous."

Mrs. Welles believes the group's appeal boils down to the opportunity it gives donors to take part in augmenting one of the country's leading collections.

"I think the opportunity to actually participate, where the quality of the collection is so high, is really exciting," Mrs. Welles said. "This museum is one of the most important assets to the community."

This article originally appeared in Volume 12, Issue 2 of arTMAtters, the Toledo Museum of Art’s member magazine.