Upcoming Music at the Museum

Nearly twenty musical acts—including Grammy–nominated artists and globetrotting musicians—will bring their talents to the Toledo Museum of Art this spring.

A complete list of upcoming concerts and performances is available at toledomuseum.org/calendar. You can view upcoming Toledo Symphony Orchestra Peristyle events at toledosymphony.com.

Great Performances is supported in part by Kingston HealthCare Company.

Concert: Hypnotic Brass Ensemble
March 4: 8 p.m., Peristyle
Four trumpeters, one baritone player, and two trombonists – together the seven brothers of Hypnotic Brass Ensemble create a magnetic sound that bridges the gap between jazz and hip hop. The sons of Chicago jazz trumpeter Kelan Phil Cohran, the ensemble has checked off all the “we’ve arrived” moments as a band: touring the world, taking the stage with legends like Prince and having a song featured on the soundtrack in the blockbuster “Hunger Games” movie. Tickets ($20-$35) can be purchased in person at the Stranahan Theater, by phone at 419-381-8851 or online at etix.com. The show is sponsored in part by Toledo.com.

Concert: Laith Al-Saadi
March 11: 8 p.m., Peristyle
In 2016, his combination of Midwestern hustle and incredible music chops won Laith Al-Saadi a spot in the finale of NBC’s singing competition show “The Voice.” The Ann Arbor native will bring his authentic blend of blues, soul and classic rock to audiences in the Peristyle when he takes the stage. Tickets ($20-$50) can be purchased in person at the Stranahan Theater, by phone at 419-381-8851 or online at etix.com.

FREE Installation/Performance: Tim Story, The Roedelius Cells
March 16: 7 p.m., GlasSalon
Maumee-based composer, producer and performing artist Tim Story, internationally acclaimed for his electronic and acoustic music, performs for the opening of The Roedelius Cells at the Toledo Museum of Art Glass Pavilion. A long-time collaborator with composer Hans-Joachim Roedelius (founder of the influential German music groups Harmonia and Cluster), Story has revisited a decade of recording sessions with Roedelius on piano, cutting apart tracks and recombining very small cells of this material into layered, evolving patterns. The resulting The Roedelius Cells transforms TMA’s GlasSalon into an eight-channel, multi-sensory installation. As visitors walk through the physical space, the juxtapositions of the cells’ interactions evolve in unique and unrepeatable ways, inviting the listener to participate in their own unique sonic experience. The Roedelius Cells installation is on view March 16-24.

Great Performances: Spektral Quartet
March 25: 5-11 p.m., GlasSalon
Grammy nominated, Chicago-based Spektral Quartet performs one of the most famous, yet rarely-performed works of modern music, Morton Feldman’s “String Quartet No. 2” from 1983. A feat of endurance for players as well as audience, the quartet consists of a single, unbroken movement more than six hours in length. Tickets are $10 and available on eventbrite.com. 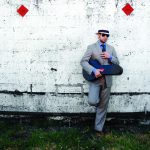 Great Performances: Danilo Brito, Mandolin
April 2: 3 p.m., Great Gallery
Danilo Brito is important to the world of music both for extraordinary musicianship, and for the unique musical and cultural tradition he promulgates through his work—the choro music of Brazil. Choro is considered the first characteristically Brazilian genre of urban popular music. The literal translation of the word is "to cry," but its use is figurative and points to the music's emotive power. More often bright than blue, the music is marked by syncopation, counterpoint, improvisation, and virtuosity. 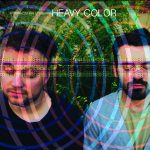 Performance: HEAVY COLOR, 'Interconnected: Rhythm and Reflection'
April 6: 6:30 p.m., GlasSalon
Toledo–based sound and art collective HEAVY COLOR mixes improvised electronic landscapes and instrumental beat music with spoken word poetry from around the region. Featured poets will guide the session but the floor and microphones are open to the community as well. 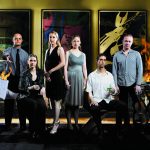 Alarm Will Sound performs John Luther Adams' 10,000 Birds
April 21: Dusk, Museum Grounds
Alarm Will Sound is a new music band committed to innovative performances and recordings of contemporary compositions. At dusk on the grounds of the Toledo Museum of Art, they will perform 10,000 Birds, a work they commissioned from Pulitzer Prize–winning composer John Luther Adams. The performance will follow the cycle of a day, starting with bird songs heard in the morning, then afternoon, evening, night, and return to morning. The audience is encouraged to walk around to experience the music from multiple perspectives. Sponsored in part by Bowling Green State University College of Musical Arts.