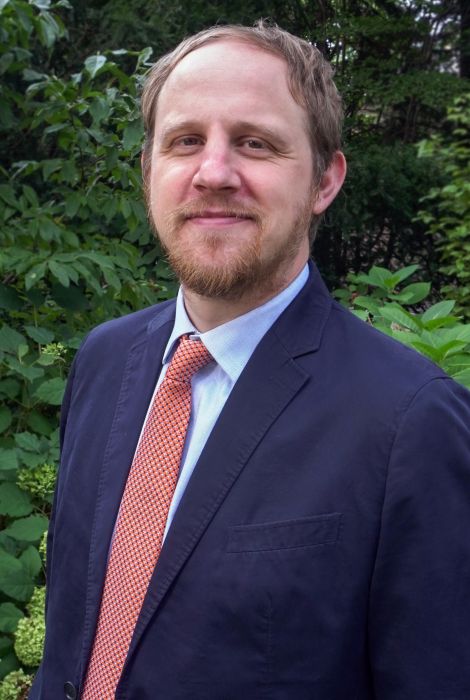 Senior Director of Learning and Interpretation

Adam M. Levine, the Edward Drummond and Florence Scott Libbey director of the Toledo Museum of Art and a scholar of ancient art, is a transformative leader with a deep conviction that art inspires and museums are change agents. Levine is the 11th director of TMA since its distinguished founding in 1901.

Prior to embarking on his directorship at TMA in 2020, Levine was the George W. and Kathleen I. Gibbs director and chief executive officer of the Cummer Museum of Art & Gardens in Jacksonville, Florida. Under his leadership at the Cummer Museum, Levine oversaw numerous strategic initiatives, including the reconstruction of its historic gardens, expansion of its educational offerings and the implementation of innovative membership and audience development programs with dramatic gains in visitorship.

Levine originally joined TMA in 2012 as an Andrew W. Mellon Fellow, a two-year post-doctoral program designed to prepare the next generation of museum leaders, and went on to increasingly senior management roles at the museum, ultimately serving as deputy director and curator of ancient art. During his six-year tenure at TMA, Levine curated a diverse range of exhibitions, advanced the Museum’s first campus master plan, and shared oversight of TMA’s $16 million budget and 250 employees.

Combining his interests in mathematics and art, in 2009 he co-founded Art Research Technologies, a data and research company that has since gained a following in the commercial art world. He founded the Global Database of Antiquities the same year and has previously consulted for several departments at Sotheby’s and for Art & Auction Magazine, for which he provided quantitative analysis of the art market.

Andrea Gardner received her B.A. in classics from Franklin and Marshall College in Lancaster, Pennsylvania, and her M.A. in ancient art history from the University of Texas at Austin. In her role as director of collections at TMA, which she assumed in 2018, Gardner leads the logistical support operations of the care and display of the Museum’s collections. Her primary responsibilities include management of the exhibitions, conservation and registration departments; oversight of the risk management initiatives for the Museum’s collections; and increasing efficiency and implementing improved processes in the collections areas. Prior to her new position, Gardner was the registrar and assistant systems officer at TMA, where she has worked, beginning as an intern in the curatorial and registration departments, since 2006.

Gary has more than 20 years of experience in brand strategy, advertising, design, and organizational culture leadership. He most recently served as the chief strategy officer for Common Good (aka LRXD), a purpose-driven advertising and design agency in Colorado that focuses on health and wellbeing brands. Throughout his career, he has provided strategic guidance on award-winning advertising campaigns and design projects for brands such as Volkswagen, Sony PlayStation, TRUTH (anti-tobacco), Fiat, Coca-Cola, The North Face, and Method home cleaning, while serving in leadership roles at agencies such as Sid Lee Toronto, Deutsch LA, CP+B Boulder, and Doner Detroit.

Gary spent part of his youth as a Toledo resident, interacting frequently with the Museum, which he found to be a creative refuge and a place of scholarship. He also served as an intern at TMA while an undergraduate. Gonya holds a bachelor’s degree in art history from Amherst College and studied architecture and design theory at the Yale School of Architecture.

Mike Deetsch joined the Toledo Museum of Art staff in 2013 as assistant director of education and subsequently was named the Emma Leah Bippus director of education and engagement, overseeing the docent program, art classes, and museum curriculum. Prior to joining the staff at TMA, Deetsch served as a senior museum educator at the Brooklyn Museum, the exhibition and programs director at the Lexington Art League, and the student programs manager at the Kentucky Historical Society. In 2012 he was selected to participate in the Getty Leadership Institute’s NextGen program. Deetsch received his M.S. in Art Education from the Pratt Institute and a B.A. in Art History from Hanover College.

Patricia O’Toole received her B.A. in accounting from Miami University in Oxford, and her MBA from the University of Cincinnati. In her role as director of finance, O’Toole oversees the financial operations and investments of the Museum. Prior to joining the Museum in 2017, O’Toole served as the director of operations at Hospice of Northwest Ohio and the director of finance at Maumee Valley Country Day School, where she helped gain significant improvement in financial performance. Among O’Toole’s additional previous experience have been financial and administrative responsibilities on behalf of CBT Credit Services, Cincinnati Bell Telephone, and Deloitte and Touche. O’Toole is a Toledo native.

Rhonda Sewell most recently served as the director of governmental and external affairs for the Toledo Lucas County Public Library, where she worked with local, state and federal legislators as well as community stakeholders in the areas of library funding, advocacy and systems change. Prior to her 15 years at the Library, she worked 18 years as an award-winning journalist for The Blade newspaper, which included assignments in six countries. Sewell also served as an adjunct instructor in ethnic studies and mass communications at Bowling Green State University. Sewell is a proven community leader, founding in 2012 Real Men READ-y, an ongoing mentoring and early literacy program designed for underrepresented African American boys in kindergarten and first grade.