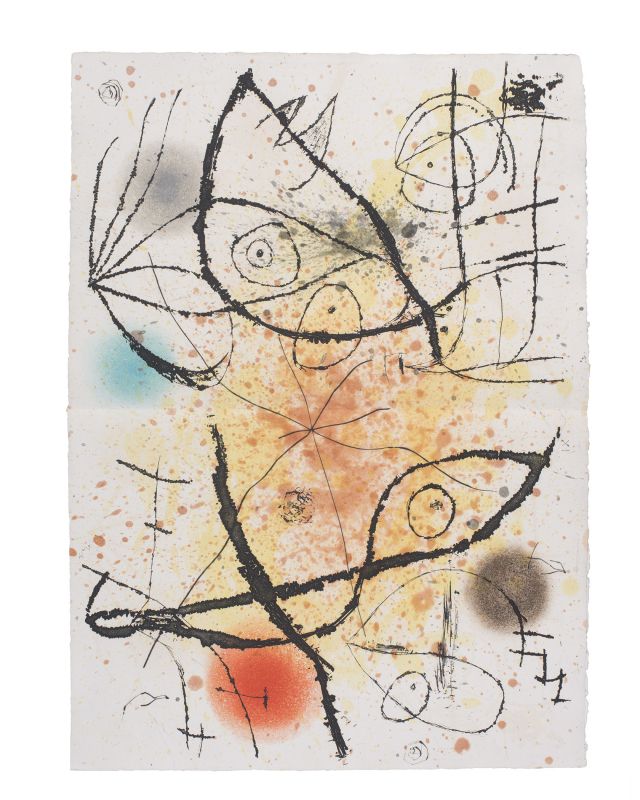 Russian-born publisher Ilia Zdanevitch, who published under the name of Iliazd, was very meticulous in the layout of his books, often predetermining the number and size of the illustrations he required of the artists he chose to work with. Type design was of extreme importance to Iliazd, and he often spent hours laying out each page. In Le courtisan grotesque (a work by an obscure 17th-century satirical writer, rediscovered by Iliazd), he varied the printing of the type by turning some of the letters on their sides, orienting words both horizontally and vertically.

Iliazd chose Joan Miró to illustrate Le courtisan grotesque, and in 1951 wrote to him to propose the project. Miró enthusiastically agreed to provide color etchings for the book, but still had produced nothing 10 years later, to Iliazd’s despair. It was not until 1974 that the book was finally published. All ended well between publisher and artist; on the eve of publication, Iliazd wrote to Miró, “It has taken fourteen years, but the papers held up well and so did we.”