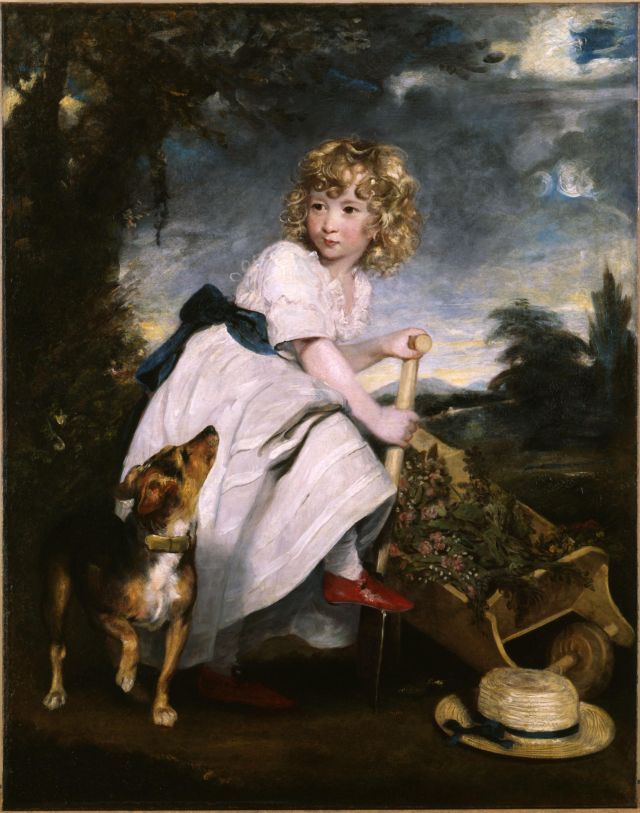 About four years old in this painting, Henry Hoare (1784–1836) was the son of Sir Richard Colt Hoare (1758–1838), who was an amateur archaeologist. The Hoare family made their money in banking and lived in the famous English country estate Stourhead, which had extensive gardens at the forefront of 18th-century landscape design.

Curly-locked and wearing a white muslin dress, Henry might easily be mistaken for a girl. It was traditional in Europe and America from the mid-16th century even into the early 20th century for boys and girls to be dressed alike until boys underwent “breeching”—their first time being dressed in trousers. This was typically after toilet training and the child was able to manage the complicated fastenings of the fashions of the day.

This work is currently on view in Gallery 27.