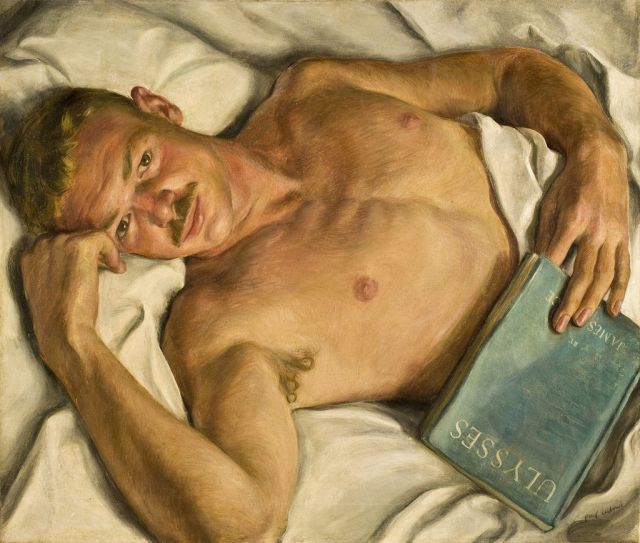 In this frank and intimate portrait, painter Jared French (1905-1988) gazes candidly out at the viewer. Completed while Paul Cadmus and French were traveling together, specifically shortly after their arrival in Europe in 1931, Jerry represents Cadmus's move toward the techniques and style for which he is best known. Indeed, Cadmus considered this painting his first mature work as an artist.  At the time Jerry was painted, French and Cadmus were lovers, and the two would maintain a relationship and friendship that lasted the rest of their lives, even after French married in 1937.

Jerry does not include the social or political commentary or satire present in other Cadmus paintings; instead, and very unusually for the artist, it reveals an intimacy and emotional depth that can feel startling in its unequivocal directness.  While the painting may lack overt social commentary, the decision to depict French holding a copy of Ulysses by James Joyce was by no means an innocent one. From its publication in 1922, the book was controversial, inciting scrutiny ranging from early obscenity trials to protracted textual battles. Now considered one of the most important works of modernist literature, in 1931 the book would have symbolized everything these young American expatriates considered desirably European and avant-garde.

This work is currently on view in Gallery 6 at the Toledo Museum of Art.

Art Minute is sponsored in part by American Frame and Taylor Cadillac.