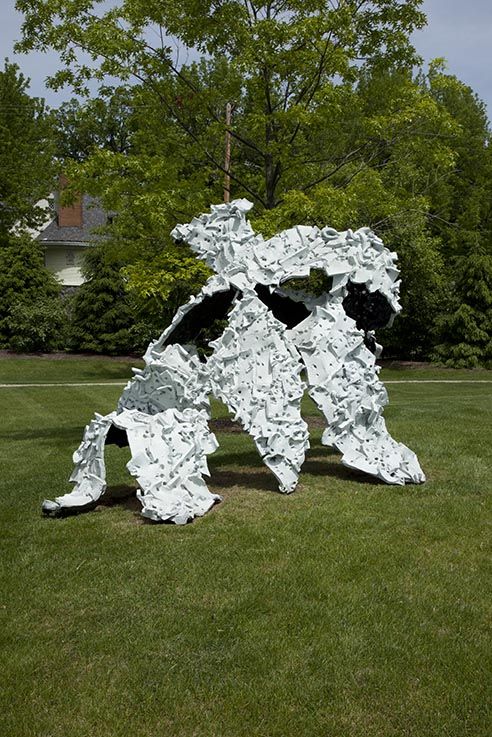 As we observe the 100th anniversary of women's suffrage this month, each August Art Minute will feature works created by women. Next up is "Migrating Pedmarks" by artist Lynda Benglis.

Lynda Benglis is deeply concerned with the physicality of form and how it affects the viewer. Though essentially abstract, her sculptures simultaneously suggest images of contemplation and of physical power. Since the 1960s Benglis has created a diverse body of work in many mediums, often pushing traditional materials in new and unusual ways. For Migrating Pedmarks she started with equal-sized rectangles of clay, which she then twisted, pierced, and marked in a variety of ways. She next assembled the separate pieces together into one form. The mark of the artist’s hand is literally embedded in the clay through her fingerprints (what she calls “pedmarks”). These potentially fleeting gestures were made permanent when the clay shape was cast in bronze.