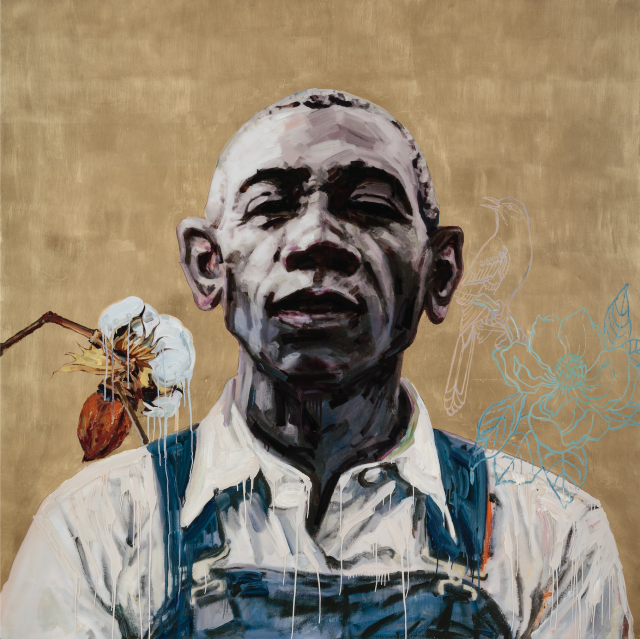 As we observed the 100th anniversary of women's suffrage this month, each August Art Minute featured works created by women. Our last piece is I Hear Their Gentle Voice Calling by artist Hung Liu.

Born in Changchun, China, in 1948, Hung Liu grew up during Mao’s Communist Revolution, training as an artist and muralist in the social realist style. In 1984, she moved to California to teach art and has lived in the United States since. She has long been inspired by historical photographs, exploring the faces of the displaced, the marginalized, and the suffering in China. In 2015 she began a series based on the Dustbowl and Depression-era photos of Dorothea Lange (American, 1895–1965), documentary photographer for the Farm Security Administration (FSA). Liu wrote, “I also identify personally with Ms. Lange’s photographs since I am myself an immigrant from China and was also caught up in wars, famines, and revolutions there, often forcing my family to migrate elsewhere.”

Liu’s paintings transform her source material, introducing motifs that are often symbolic. Here, she includes objects from nature that suggest the man’s background and the history of sharecropping and slavery for Black Americans—a cotton flower on the right and a magnolia flower and a northern mockingbird, the state flower and bird of Mississippi, on the left.