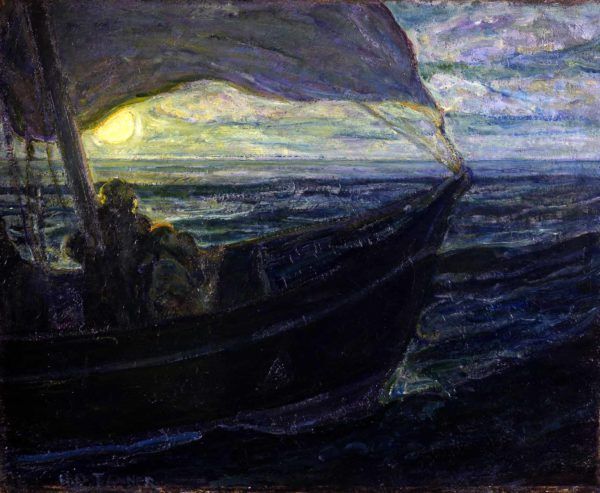 “[M]y effort has been not only to put the Biblical incident in the original setting...but at the same time give the human touch...to convey to my public the reverence and elevation these subjects impart to me…” - Henry Ossawa Tanner

The thickness of the paint cleverly imitates the swelling of the waves in this almost abstract representation of the story of Jesus calming the fears of his disciples on a stormy sea. Deeply devout, Henry Ossawa Tanner turned from Impressionist-influenced scenes of everyday life to exclusively Biblical subjects by the mid-1890s. Tanner, whose mother escaped slavery on the Underground Railroad as a child and whose father was a bishop of the African Methodist Episcopal Church in Philadelphia, pursued a career in art despite the initial disapproval of his religious parents. He studied under influential realist painter Thomas Eakins at the Pennsylvania Academy of Fine Arts before eventually moving to Paris in 1891, in part to escape racial discrimination. He became the first internationally renowned African-American painter.

This work is currently on view in Gallery 30B.