July 13 Art Minute: Bisa Butler, The Storm, the Whirlwind and the Earthquake 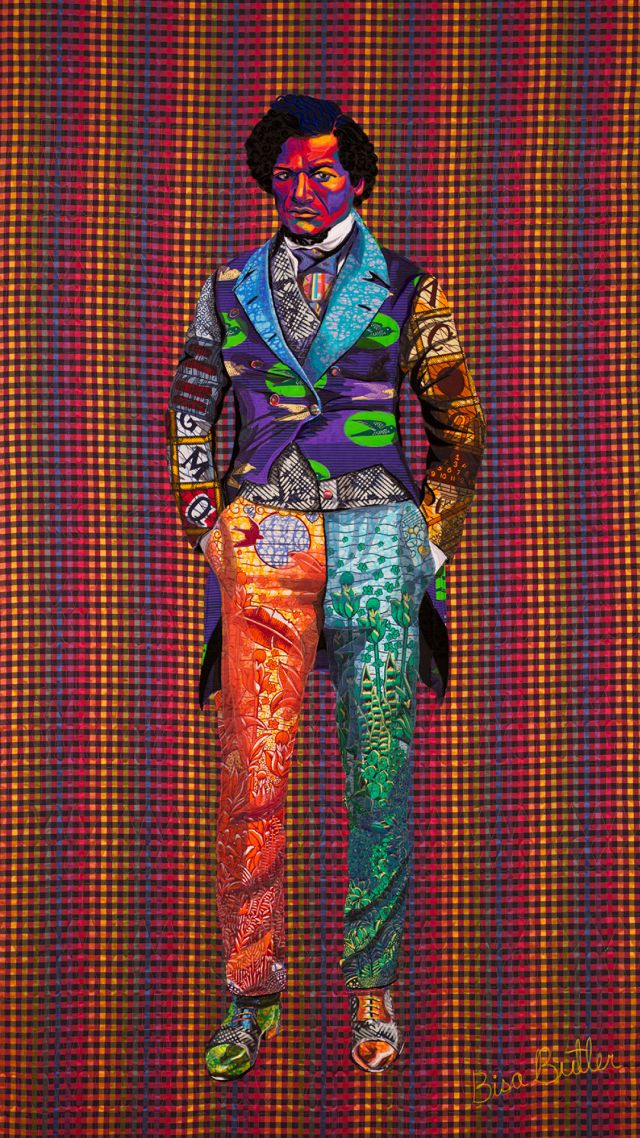 Bisa Butler, The Storm, the Whirlwind, and the Earthquake

On July 5, 1852, the American abolitionist and social reformer Frederick Douglass gave a searing speech to an audience in Rochester, NY, in which he asked, “What to the Slave is the Fourth of July?” Douglass condemned the hypocrisy of celebrating freedom during a time when slavery was still rampant on U.S. soil.

Butler’s quilted portraits—made entirely of fabric—display a painterly use of vibrant colors and textures. The artist uses West African wax-printed textiles, kente cloth, and Dutch wax prints to connect her subjects to their African roots, each piece telling a unique story. Her subjects are based on historical photographs and rendered at human scale, often engaging the viewer eye to eye. “I create portraits of people that include clues of their inner thoughts, their heritage, their actual emotions, and even their future,” states Butler. “I represent all of my figures with dignity and regal opulence because that is my actual perspective of humanity.” The most photographed person in the 19th century, Douglass’s likeness is taken from several photographic sources. The result conveys a powerful and confrontational presence that expresses the subject’s conviction and perseverance in his lifelong fight for racial equality.