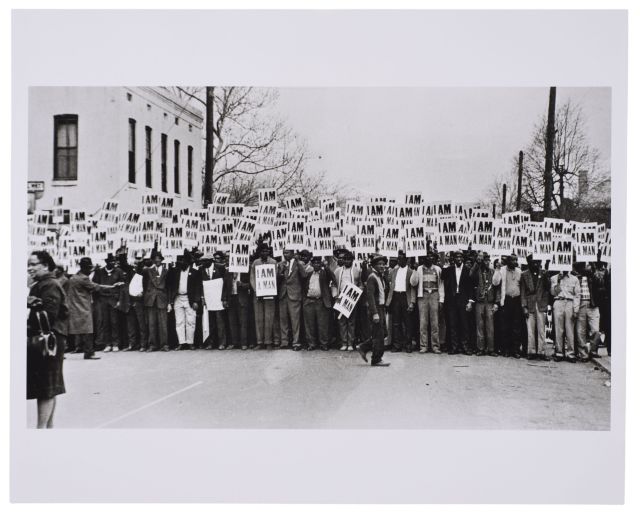 In February 1968, black sanitation workers in Memphis, Tennessee banded together and went on strike, citing a long history of unfair treatment, poverty wages, and a demand for union recognition. The workers proclaimed their unity, their humanity, and their demand for respect with signs expressing a stark, simple message, as seen in this photograph. Local black leaders organized national support, attracting thousands of demonstrators (as well as counterprotestors), and eventually brought in Martin Luther King, Jr. He was in Memphis supporting the workers when he was assassinated on April 4th, the day after he had delivered his “I’ve Been to the Mountaintop” speech. Soon after, the government intervened in union negotiations, and the strike was resolved on April 16, eventually resulting in better wages and union membership for the black workers.

This work is currently on view in the exhibition Frans Hals Portraits: A Family Reunion located in Levis Gallery at the Toledo Museum of Art.