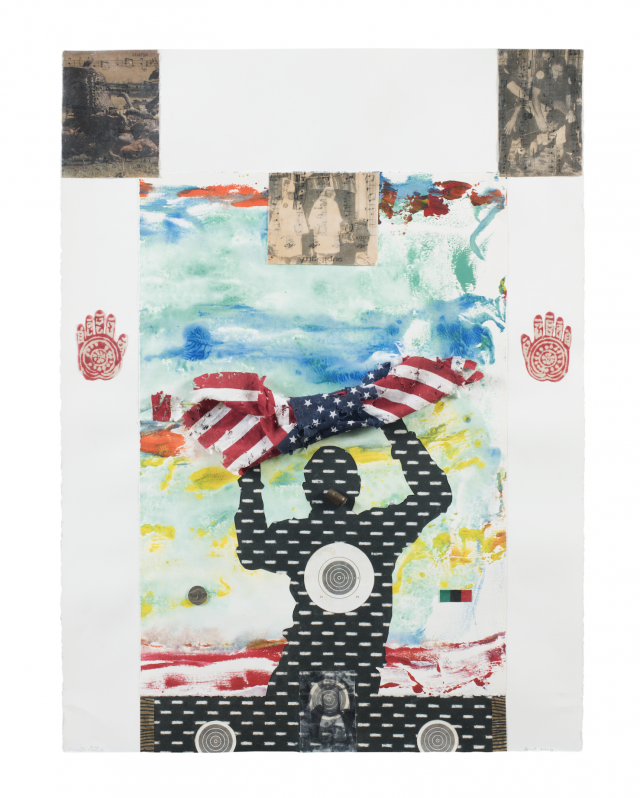 Composed of newspaper clippings and found objects placed against a colorfully painted abstract background, John Rozelle’s mixed-media composition powerfully speaks to the Black American experience. The collage features a silhouetted, apparently male figure with a target emblazoned on his torso and a bullet casing on his neck. Shockingly, a target is also superimposed over an image of a baby. The figure with raised arms holds a tattered, folded American flag over his head. Rozelle inserts decorated handprints, colors of the pan-African flag, and other spiritual and cultural emblems of his African ancestry to offset the allusions to the nation’s history of racial strife and violence.

Responding to a question regarding his collage works that incorporate seemingly unrelated objects, Rozelle states, “I try to find spiritual connections in (my) object-making. African sensibilities are used in the presentation of contemporary social/political concerns, much like objects in use in African societies where traditional practices exist today.”