The TMA Art Reference Library welcomes all researchers, art enthusiasts, students and visitors. Reflecting the Museum’s purpose of art education, the library collections focus on the Museum's works of art, exhibitions and history. In addition to serving Museum staff and members, the library serves both the public and the University of Toledo Art Department.

Interested in finding out more about a work of art in the museum? Working on an art history paper? Looking for information on an antique? Our resources are available to you both in the library and online. We are located on the first floor of the UT Center for the Visual Arts on the east side of the Museum.

In addition to books, periodicals, and DVDs, resources include access to art auction databases, an artists’ index to exhibitions held at the Museum since 1901, documentary information on the Museum’s collections, vertical files on more than 20,000 artists, and research assistance.

The public is invited to use the Library, free of charge, during public hours. Become a TMA member and enjoy the added benefit of borrowing privileges at the Reference Library. We are located in the Center for the Visual Arts on the east side of the Museum. For more information, please contact us at (419) 254-5770 or library@toledomuseum.org.

Find out more about the library’s resources and services on our library website or head straight to our online catalog.

Are you interested in supporting the collections and services of the TMA Reference Library? Become a member of our Library Friends group, the Museum Library League.

The purpose of the Toledo Museum of Art Archives is to identify, collect, preserve, and make available for use the records of the Toledo Museum of Art which possess enduring historical, administrative, legal or fiscal value. The Archives is the official repository of historical documents and permanent records of the Toledo Museum of Art, its staff, its founders, trustees, and any other related organizations, trusts or individuals which have enduring value to the Museum. The Archives provides management with historical documentation which may serve as a framework and support for decision-making, as well as making material available to scholars and researchers related to the history of art, the Museum, and the collections.

The Archives serves outside researchers as well as Museum staff. Select materials in the Museum Archives are available to the public by appointment. Please contact the Library & Archives to request material.

Finding aids for a number of collections can be accessed by contacting the Library & Archives.

The following finding aids can be browsed and searched on the OhioLINK Finding Aid Repository:

What are netsuke (pronounced "net-skeh")?

According to the American Heritage Dictionary of the English Language, 4th edition, a netsuke is "a small toggle, often in the form of a carved ivory or wood figure, used to secure a purse or container suspended on a cord from the sash of a kimono."

What is the Sandfield Library?

This is a large portion of the materials on netsuke and related art forms collected by Norman L. Sandfield of Chicago. He is a netsuke dealer and collector, lecturer, researcher, and compiler of The Ultimate Netsuke Bibliography: An Annotated Guide to Miniature Japanese Carvings (Chicago, Art Media Resources, 1999). It is a growing collection held in the TMA Reference Library.

What is in the Library?

Books and collection catalogues in many languages, from the late 19th century to the present; over 1,000 auction and dealer catalogues, including those from Sotheby's, Christie's, Eldred, Butterfield, Zacke, Eskenazi, Kleifisch; and complete runs of important journals in the netsuke field. In addition to a heavy emphasis on netsuke, there are materials on more general Japanese and other Asian art.

Why is it here in Toledo?

According to Mr. Sandfield, the Toledo Museum of Art is one of only two museums in the U.S. to show a serious, active, and continuing interest in netsuke. This is primarily due to the work of his long-time friend and collector, Richard R. Silverman, whose efforts have helped to strengthen the holdings of netsuke at the Toledo Museum of Art. The other museum is the Los Angeles County Museum of Art, which has a fine netsuke collection from Raymond Bushell and the important Cornelius Van S. Roosevelt Netsuke Library. By providing both the novice collector and the scholar with these comprehensive resources for the study of the Museum's collection and netsuke in general, the donor hopes to foster wider interest, research, study, and writing in the field.

What is The Ultimate Netsuke Bibliography (TUNB)?

Mr. Sandfield's original published bibliography contains more than 4,400 items and includes not only the categories of titles mentioned above, but has citations for articles in netsuke journals, general periodicals, convention and seminar programs, and non-print format and ephemera. Eleven appendices and four indices to the 24 chapters and 211 sub-chapters offer guidance to accessing the worldwide wealth of information available. Mr. Sandfield has continued to acquire relevant publications and catalog them in his TUNB database, which now numbers nearly 7,000 bibliographic records, and is accessible through his website.

Where are materials in the Sandfield Library located?

As an integral component of the Toledo Museum of Art's purpose of art education, the Museum publishes or co-publishes scholarly and popular books about its collection and special exhibitions. These are available for purchase at the Museum Store and online and can be accessed through the Reference Library. Some have also been digitized and are available online in full text at archive.org.

The TMA Library has digitized a selection of publications, including historical catalogues of TMA collections and exhibitions. To date more than 160 individual TMA publications have been scanned, ranging from the Catalogue of the Inaugural Exhibition (1912) to Adornment in Clay (2010). In addition, our full run of Museum News has been recently digitized. All items are available to the public via the Internet Archive. The digital content is browsable and full-text searchable. Publications can be read online or downloaded in a variety of formats. 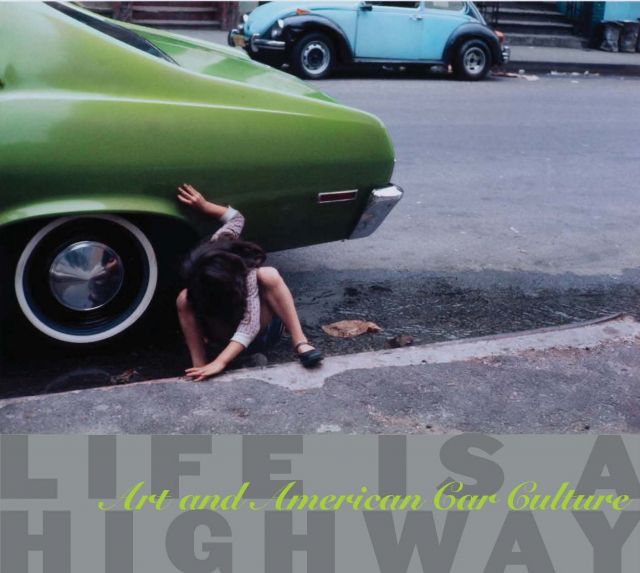 ArTMAtters, the Toledo Museum of Art's member magazine, is published three times per year and includes in-depth coverage of exhibitions, interviews with artists, Museum news, and a calendar of events. The years 2015-present are available online. Older issues are available in the TMA Library.

View annual reports from 2010–present. Older issues are available in the TMA Library.

Join fellow art and book lovers at one of our Art Book Club discussions! Book selections will focus on making connections with special exhibitions and works of art in the Museum's collection. Club activities include an early evening book discussion and an accompanying event or gallery tour. Book club events are held six times a year, and upcoming selections and meeting dates can be found both here and in the TMA events calendar. Please contact the library if you wish to be added to the Book Club mailing list.

Limited copies of books are available for Museum members to borrow from the TMA Library.

The Art Book Club is FREE to the public but space is limited and registration is kindly requested for each event. Contact the library at 419-254-5770 or library@toledomuseum.org to register.

Noon at Tiffany's by Echo Herron

The library is temporarily closed. Library staff are available for remote assistance. Please contact us at library@toledomuseum.org

For more information, contact us at (419) 254-5770 or library@toledomuseum.org. The Reference Library is located in the University of Toledo’s Center for Visual Arts on the east side of the Museum, 2445 Monroe Street, Toledo.